Greater kudus have the largest horns in the bushbuck tribe, averaging 120 cm in length. The body color of the greater kudu varies from reddish brown to blue-gray, with the darkest individuals found in the southern populations. The color of the males darkens with age. Along its back, the kudu has six to ten stripes. Its tail is black tipped with a white underside. Males possess a beard that females lack (Estes, 1991).

Greater kudus are found in southern and eastern Africa. The population is the most dense in the south. In East Africa, the population is broken up and there are many isolated groups in the mountains (Estes, 1991).

Greater kudu are one of the tallest antelopes, with shoulder heights ranging from 100 cm to 150 cm. 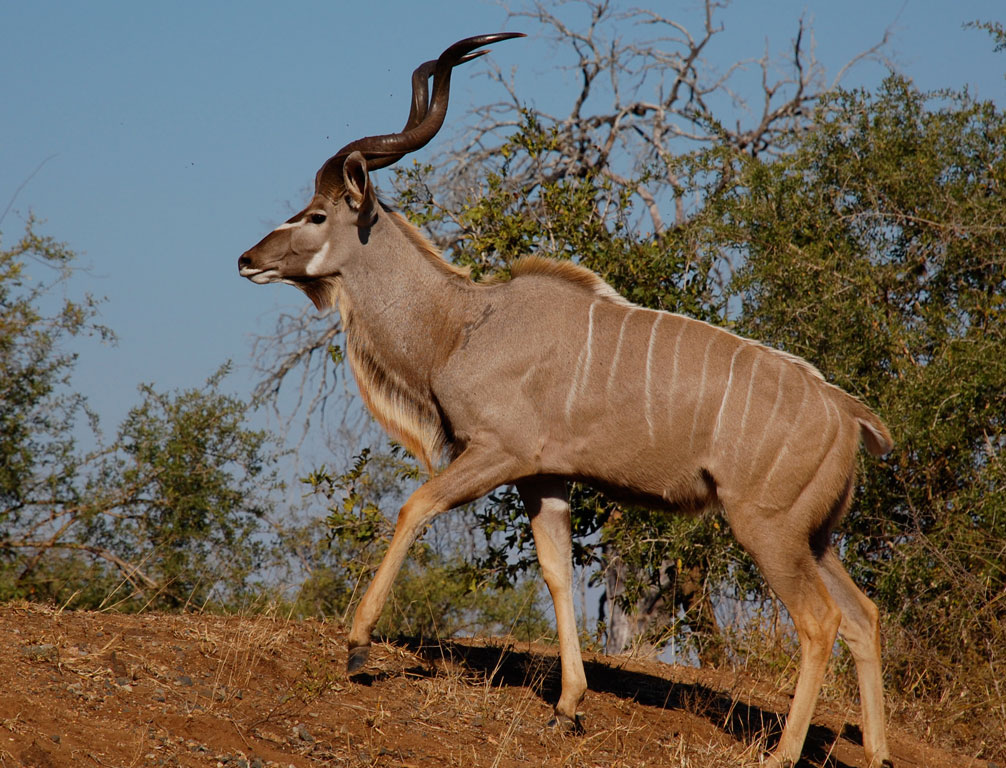