Both sexes grow horns, but those on bulls are heavier. When viewed from the front the horns appear typical ‘halfmoon’ shaped. It has a dark face with purple blotches on the shoulders, whereas the withers and upper body are reddish-brown. They belong to the same family as the Wildebeest and the Hartebeest

Tsessebe are primarily grazing herbivores in grasslands, open plains, and lightly wooded savannahs, but they are also found in rolling uplands and very rarely in flat plains below 1500 m above sea level. Tsessebe usually feed in the morning between 8:00 and 9:00 a.m. and in the afternoon after 4:00 p.m. The periods before and after feeding are spent resting and digesting or watering during dry seasons. Tsessebe can travel up to 5 km to reach a viable water source. To avoid encounters with territorial males or females, tsessebe usually travel along territorial borders, though it leaves them open to attacks by lions and leopards.

Males can grow to a shoulder height of 1,7 metres.

Bulls have a mass of 140 Kg and measure 1.2 m at the shoulders, and are slightly larger than cows which weigh approximately 120 Kg.

In the wild, tsessebe usually live a maximum of 15 years, but in some areas, their average lifespan is drastically decreased due to overhunting and the destruction of habitat. 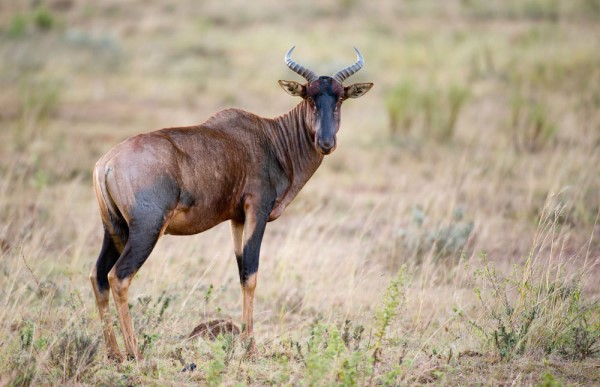